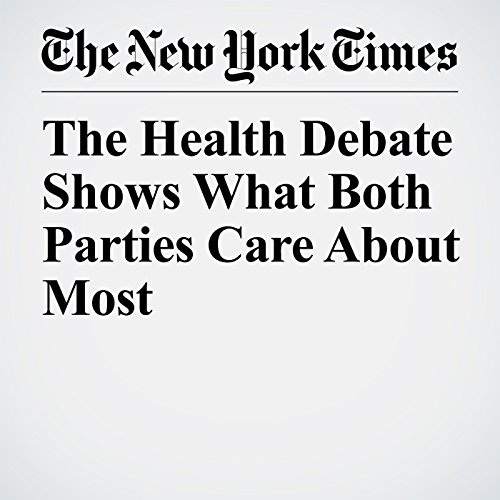 Economists believe what people do more than what they say. It’s called revealed preference: People’s actions are the best indication of what they actually want, not their words.

"The Health Debate Shows What Both Parties Care About Most" is from the June 23, 2017 Health section of The New York Times. It was written by Neil Irwin and narrated by Keith Sellon-Wright.