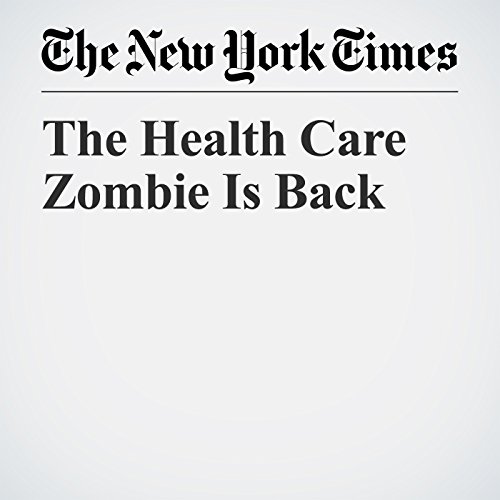 Republican lawmakers have wasted much of the year trying to repeal the Affordable Care Act, a move that would deprive millions of people of health insurance. They’re back at it. Like a bad sequel to a terrible movie, a proposal whose main architects are Sens. Bill Cassidy, R-La., and Lindsey Graham, R-S.C., would in many ways be worse than bills that came before. It would punish states like California and New York that have done the most to increase access to health care and set in motion cuts to Medicaid, the federal-state program that provides insurance to nearly 70 million people, many of whom have disabilities or are elderly.

"The Health Care Zombie Is Back" is from the September 18, 2017 Opinion section of The New York Times. It was written by The Editorial Board and narrated by Kristi Burns.