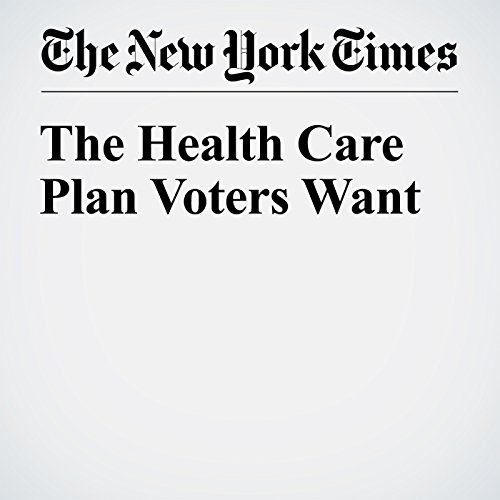 This week Republicans in Congress began their effort to repeal and potentially replace the Affordable Care Act. But after listening to working-class supporters of Donald J. Trump — people who are enrolled in the very health care marketplaces created by the law — one comes away feeling that the Washington debate is sadly disconnected from the concerns of working people.

"The Health Care Plan Voters Want" is from the January 04, 2017 Opinion section of The New York Times. It was written by Drew Altman and narrated by Fleet Cooper.