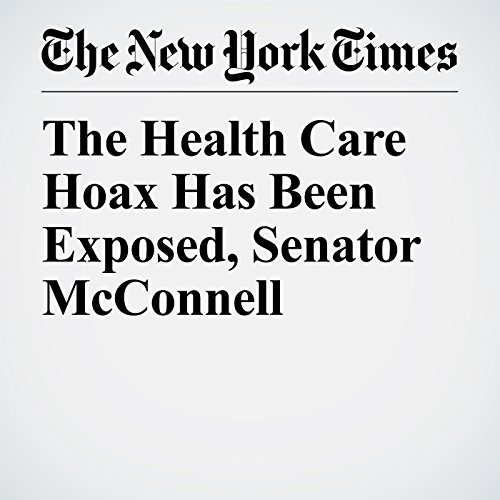 Sen. Mitch McConnell hoped that keeping his wretched bill to destroy the Affordable Care Act secret until the last minute would make it easier for him to railroad fellow Republicans. The facts the majority leader hoped to suppress came back to bite him Monday when the Congressional Budget Office released a detailed review of the bill that confirmed what governors, doctors and indeed the American public had been saying for days: The bill is a cruel hoax that would help the wealthiest Americans at the expense of the poorest.

"The Health Care Hoax Has Been Exposed, Senator McConnell" is from the June 27, 2017 Opinion section of The New York Times. It was written by The Editorial Board and narrated by Kristi Burns.