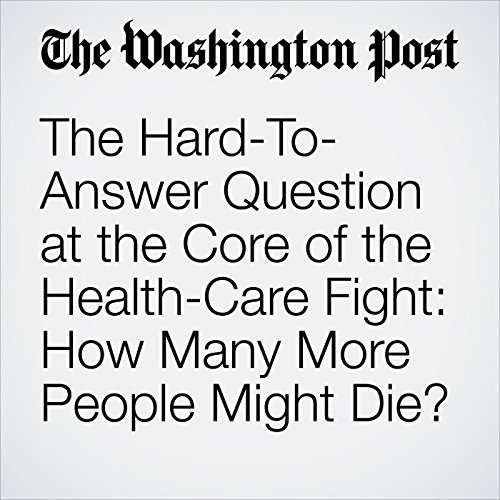 There’s no real question that if the Affordable Care Act is repealed the number of Americans without insurance coverage will increase. According to the Congressional Budget Office, the percentage of those under age 65 who can’t afford or opt out of coverage would jump to 18 percent by 2026 under the Republican health-care bill under consideration in the Senate, with the total number of uninsured jumping from about 28 million (under Obamacare) to 49 million — an increase of about 22 million. The size of that increase is subject to debate, but there’s no real question it will be greater than zero.

"The Hard-To-Answer Question at the Core of the Health-Care Fight: How Many More People Might Die?" is from the June 27, 2017 Politics section of The Washington Post. It was written by Philip Bump and narrated by Sam Scholl.

Cosa pensano gli ascoltatori di The Hard-To-Answer Question at the Core of the Health-Care Fight: How Many More People Might Die?