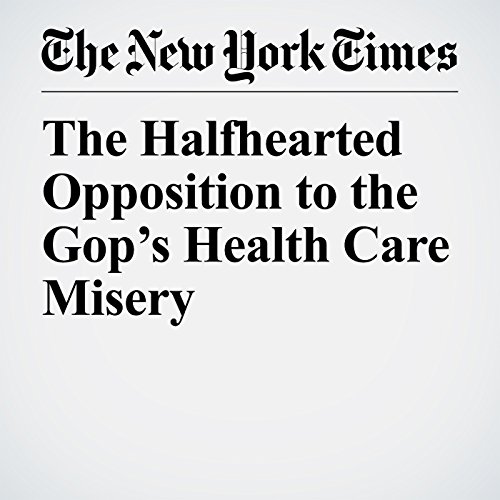 The Republican health care bill now sneaking its way through the Senate has a good chance of becoming law, even though it would do miserable damage. And it has a good chance partly because some of the bill’s most influential opponents have not had the courage of their convictions.

"The Halfhearted Opposition to the Gop’s Health Care Misery" is from the June 12, 2017 Opinion section of The New York Times. It was written by David Leonhardt and narrated by Kristi Burns.