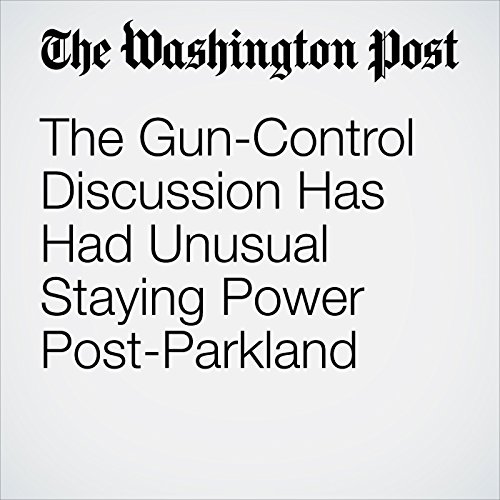 "The Gun-Control Discussion Has Had Unusual Staying Power Post-Parkland" is from the February 28, 2018 Politics section of The Washington Post. It was written by Philip Bump and narrated by Sam Scholl.