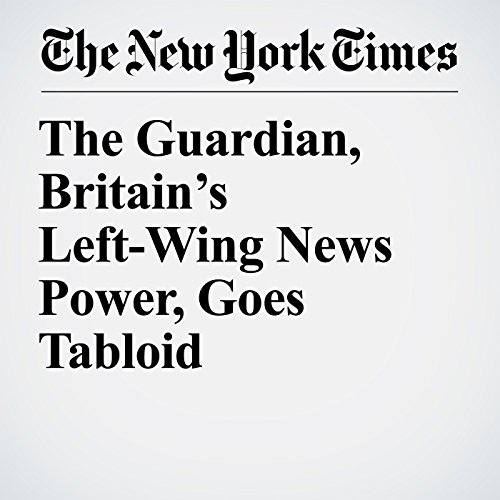 LONDON — The Guardian, the British newspaper that won a Pulitzer Prize for its coverage of national security leaks in the United States but whose aggressive international expansion has brought heavy losses, switched to a tabloid print format Monday as part of efforts to cut costs.

"The Guardian, Britain’s Left-Wing News Power, Goes Tabloid" is from the January 15, 2018 Business section of The New York Times. It was written by Amie Tsang and narrated by Kristi Burns.