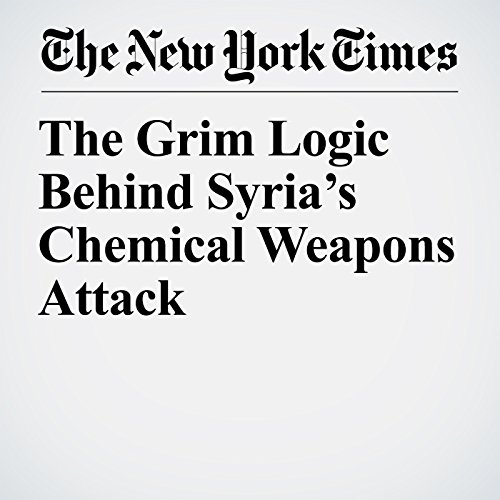 The diplomatic situation had been looking bright for President Bashar Assad of Syria. With the help of Russia, he had consolidated his power, the rebels were on their heels and the United States had just declared that ousting him was not a priority.

"The Grim Logic Behind Syria’s Chemical Weapons Attack" is from the April 07, 2017 World section of The New York Times. It was written by Anne Barnard and narrated by Mike DelGaudio.