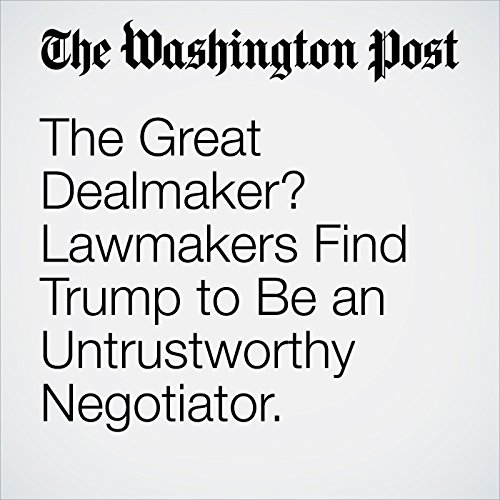 President Trump campaigned as one of the world’s greatest dealmakers, but after nine months of struggling to broker agreements, lawmakers in both parties increasingly consider him an untrustworthy, chronically inconsistent and easily distracted negotiator.

"The Great Dealmaker? Lawmakers Find Trump to Be an Untrustworthy Negotiator." is from the October 23, 2017 Politics section of The Washington Post. It was written by Philip Rucker, Sean Sullivan and Paul Kane and narrated by Sam Scholl.