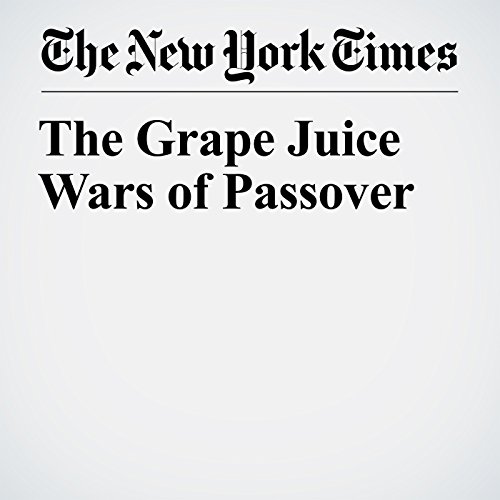 Orthodox Jews bless and drink a cup of wine three times on the Sabbath and four times at each of the two Seders for Passover, which will begin at sundown Monday.

"The Grape Juice Wars of Passover" is from the April 08, 2017 U.S. section of The New York Times. It was written by Joseph Berger and narrated by Keith Sellon-Wright.