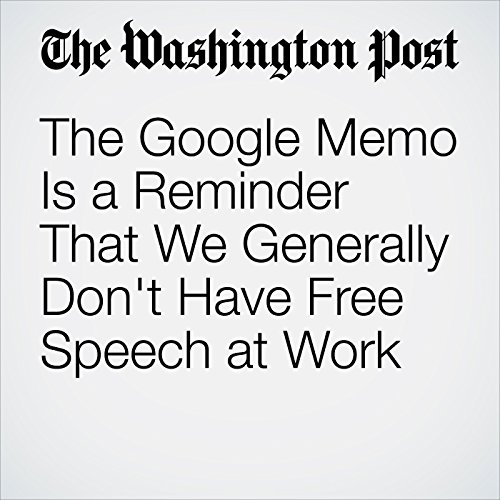 The memo that resulted in the firing Monday of its author, a Google engineer, has already stirred up fiery debate about gender stereotyping, corporate diversity efforts and politics in the workplace. Now that the engineer has been terminated, social media has erupted with questions about free speech and the protections that are offered in the workplace.

"The Google Memo Is a Reminder That We Generally Don't Have Free Speech at Work" is from the August 08, 2017 On Leadership section of The Washington Post. It was written by Jena McGregor and narrated by Sam Scholl.