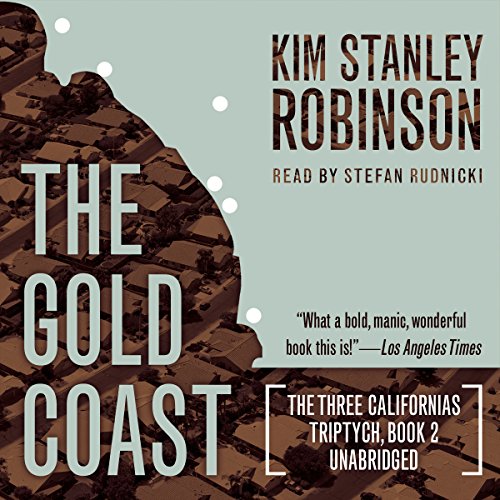 North America, 2027. Southern California is a developer's dream gone mad: an endless sprawl of condos, freeways, and malls. Jim McPherson, the affluent son of a defense contractor, is a young man lost in a world of fast cars, casual sex, and designer drugs. But his descent in to the shadowy underground of industrial terrorism brings him into a shattering confrontation with his family, his goals, and his ideals.

The Gold Coast is an epic work of science fiction that explores a grim future and what one man can do to turn the tides.