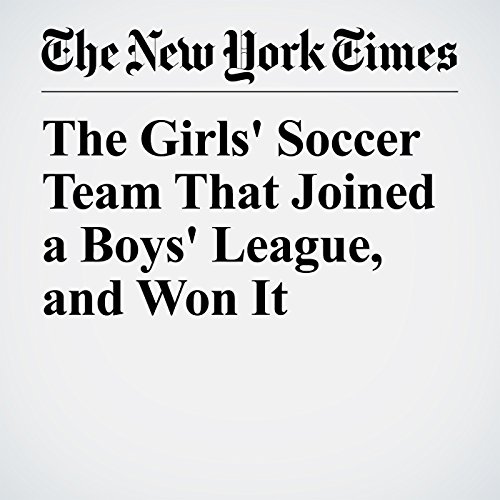 The ponytailed forward cut through the rain and the defense and drove a low shot past the outstretched arm of the goalkeeper. The pinpoint strike — her 38th of the season — confirmed Andrea Gómez as the top scorer for her championship team.

"The Girls' Soccer Team That Joined a Boys' League, and Won It" is from the May 11, 2017 Sports section of The New York Times. It was written by Raphael Minder and narrated by Kristi Burns.