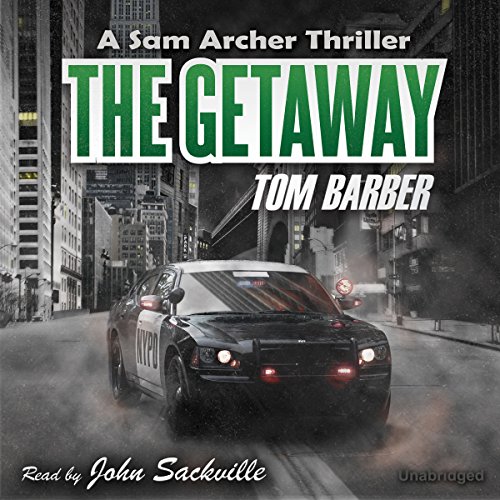 New York City. Summer. A series of violent and highly successful bank robberies have been carried out across the city, all by the same five-man team. Millions of dollars have been stolen. The thieves are slick, efficient, well organized, and vicious. The FBI are getting nowhere in tracking them down. With pressure from Washington mounting and the heists continuing, the Feds desperately search for any leads. They need results, and they need them fast.

Across the city Sam Archer is in town for a funeral. At the service he is approached by an old family friend who works out of the FBI's New York office. He's leading the case against the thieves and has a proposition for Archer. He needs the English counterterrorist cop to go undercover and try to get inside their circle. Make contact and gain their trust. Find out the secrets of their success. Given his English accent and his cover story, it's a solid plan. They'll never connect him to the FBI. Nevertheless, Archer is ready to refuse, but his old acquaintance tells him something else, a shocking revelation that ties Archer to this case personally. It's all the convincing he needs. He agrees to the plan and goes undercover.

As he establishes contact with the crew and gets deeper and deeper, Archer learns they're planning to leave the city for good in just a matter of days, but only after performing two final spectacular heists. In a race against time, Archer is forced to think on his feet or be killed as he gets caught up in the lethal crossfire between the thieves and law enforcement, none of whom know who he really is. As the clock ticks toward the thieves' departure, and as the stakes get higher and higher, Archer must both find a murderer and prevent two of the biggest heists in the history of New York City. Before the thieves make their final getaway.

Sam continues his career as a police special agent. In NY to grieve his father's death we get to go on a wild ride of suspense and betrail. overall good story and a excellent read.

Story is good unfortunately audio file has been incorrectly copied. Sentences repeated on a number of occasions.