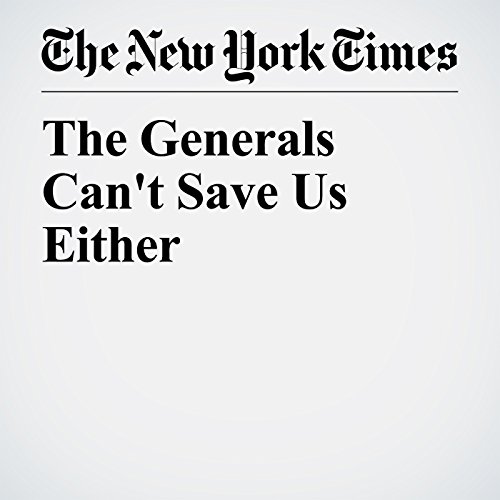 During a recent conference in Singapore, someone asked Secretary of Defense James Mattis whether, given President Donald Trump’s withdrawal from the Trans-Pacific Partnership and the Paris climate agreement, we were “present at the destruction” of the U.S.-led postwar order. In a twist on a remark by Abba Eban (often attributed to Churchill), the former general answered: “Bear with us. Once we have exhausted all possible alternatives, the Americans will do the right thing.”

"The Generals Can't Save Us Either" is from the July 29, 2017 Commentary section of The New York Times. It was written by Jonathan Stevenson and narrated by Keith Sellon-Wright.

Cosa pensano gli ascoltatori di The Generals Can't Save Us Either