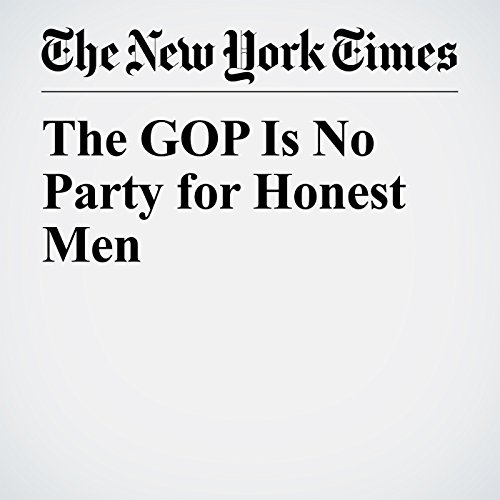 According to a new CBS News poll, almost 60 percent of the American public believes that the current Republican tax plan favors the wealthy. Some people see this number as a sign that the plan is in trouble; I see it as a sign that Republican lies are working far better than they deserve to.

"The GOP Is No Party for Honest Men" is from the October 16, 2017 Opinion section of The New York Times. It was written by Paul Krugman and narrated by Kristi Burns.