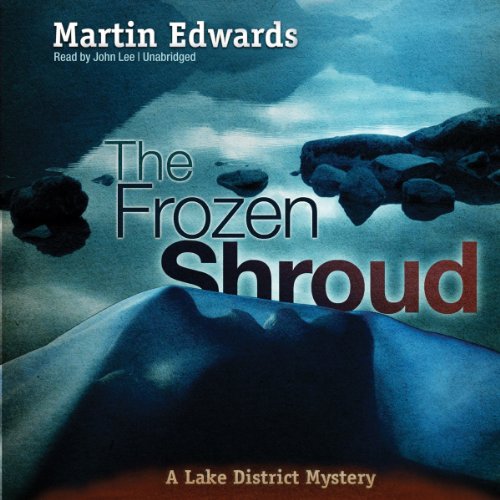 Death has come twice to Ravenbank, a remote community in England’s Lake District, each time on Halloween. Just before the First World War, a young woman’s corpse was found, with a makeshift shroud frozen to her battered face. Her ghost - the Faceless Woman - is said to walk through Ravenbank on Halloween. Five years ago, another woman, Shenagh Moss, was murdered, and again her face was covered to hide her injuries.

Daniel Kind, a specialist in the history of murder, becomes fascinated by the old cases and wonders whether the obvious suspects really did commit the crimes. He spends Halloween at a party in Ravenbank - only to find death returning to this beautiful but isolated spot. Once more, the victim is a woman; once more her damaged face is shrouded from view.

©2013 Martin Edwards (P)2013 Blackstone Audio, Inc.
“A trio of murders spanning nearly a century poses an unusual challenge for DCI Hannah Scarlett of the Cumbria Constabulary’s Cold Case Review Team - especially since one of the corpses is anything but cold… Edwards does an impressive job of linking the three murders across the long years.” ( Kirkus Reviews)
“Layered, atmospheric… The creepy premise, coupled with a neat resolution, offers hope that this series will only get better.” ( Publishers Weekly)

Sometimes the star system of rating is frustrating. I really wanted to give both the book and the narrator above average marks but I don't think they are at a 4 star by my personal rating system.

David Kind, a television presenter and researcher into historic murders, is invited with his sister to a Halloween party in Ravenbank. Ravenbank has a history as the scene of a grisly murder before World War I where a pretty domestic was found with beaten to death and covered by a blanket-- the "shroud" of the title. Supposedly her faceless ghost would walk on the anniversary of her death.

Meanwhile DI Hannah Scarlett is going through her own troubles as her superior tries to gut the cold case unit in the name of economy and she tries to work out her own complicated emotional life.

I would have preferred less soap opera about the emotional lives of the investigators and more of a decent mystery. I thought the characters were one dimensional and pegged the murderer(s) pretty early. The ending felt rushed and unsatisfying although everything gets wrapped up.

Maybe part of my problem involved the fact that this was book 6 in the series although I had no problem picking up the strands of the story arc. It's just that I didn't find the emotional lives of the investigators all that interesting.

John Lee can do better so maybe he just wasn't inspired by Martin Edwards' story. Anyway, at times I wished for someone with more facility with regional British accents, or if he had the facility I wished he used it more. He did face one challenge and overcame it-- a British man doing a bad Bill Clinton imitation. That couldn't have been easy.

Classic whodunit with a ghost story to boot.

Would you consider the audio edition of The Frozen Shroud to be better than the print version?

The audio edition was more enjoyable than the printed version would have been because of John Lee's reading.

What was one of the most memorable moments of The Frozen Shroud?

What does John Lee bring to the story that you wouldn’t experience if you just read the book?

He delivered a 1930's "Only the Shadow Knows" kind of reading which made it feel very much like a radio show rather than a read book. His reading added to the enjoyment.