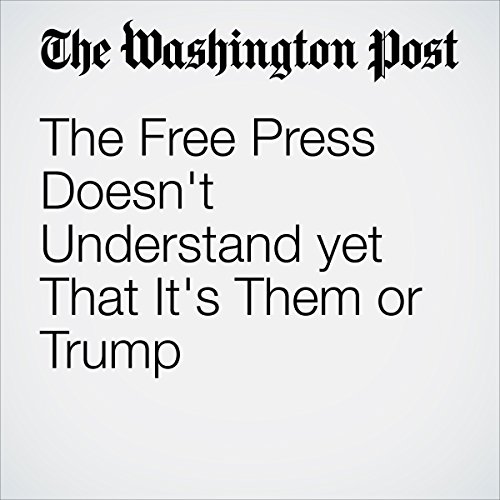 The Free Press Doesn't Understand Yet That It's Them or Trump

The press is his enemy simply by not being his friend. So it’s either do as he wishes, or it’s war. And Trump plays for keeps. He keeps at it until his enemies capitulate or are ruined. The press loves to play the game of psychoanalysis of political figures, except when it really matters. What does the number of buttons on Al Gore’s coat say about him? What’s with Hillary Clinton’s pantsuits? But when it’s clear from Trump’s entire life history that he will relentlessly seek to tame or destroy opposing voices, the media would rather think about staff spats in the new White House, and who’s on top today.

"The Free Press Doesn't Understand Yet That It's Them or Trump" is from the January 24, 2017 Opinions section of The Washington Post. It was written by Tom Toles and narrated by Jenny Hoops.