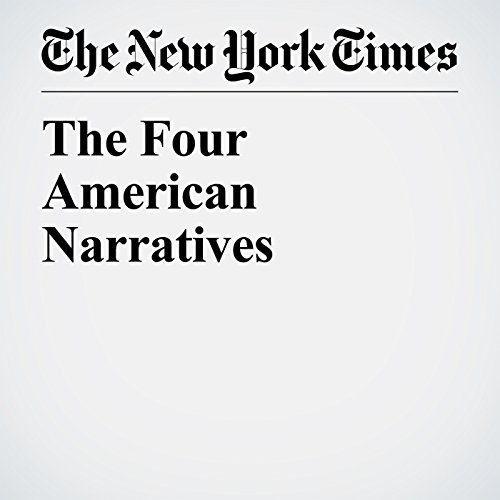 America has always been a divided, sprawling country, but for most of its history it was held together by a unifying national story. As I noted a couple of months ago, it was an Exodus story. It was the story of leaving the oppressions of the Old World, venturing into a wilderness and creating a new promised land. In this story, America was the fulfillment of human history, the last best hope of earth.

"The Four American Narratives" is from the May 25, 2017 Opinion section of The New York Times. It was written by David Brooks and narrated by Mike DelGaudio.