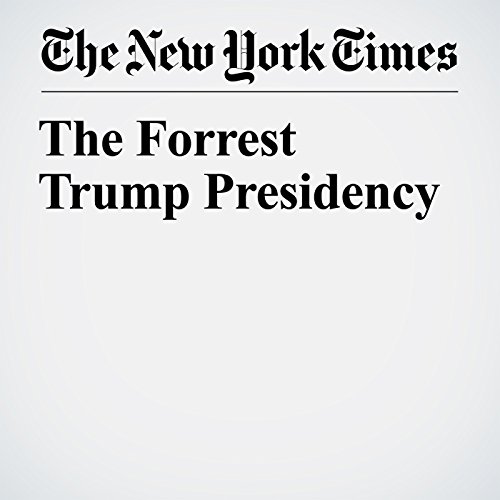 “It’s like Forrest Gump won the presidency,” said a Republican congressman in a conversation that Erick Erickson described last week on The Resurgent. The congressman went on, adding profanities, not reproduced here: “But it’s an evil, really stupid Forrest Gump. He can’t help himself. He’s just an idiot who thinks he’s winning when people are bitching about him.”

"The Forrest Trump Presidency" is from the April 18, 2018 Opinion section of The New York Times. It was written by Jennifer Finney Boylan and narrated by Kristi Burns.