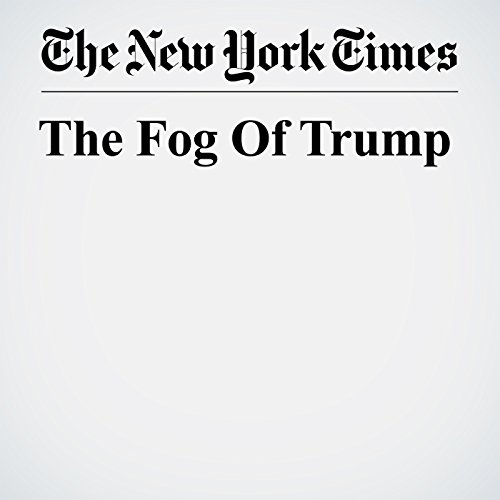 Normally, at the end of a new administration’s tumultuous first week, it’s the pundit’s job to sit back and chin-stroke and explain everything that the president and his aides are doing right or wrong.

"The Fog Of Trump" is from the January 28, 2017 Opinion section of The New York Times. It was written by Ross Douthat and narrated by Paul Ryden.