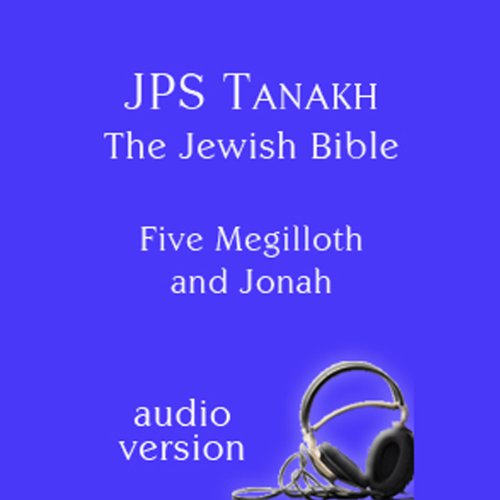 The JPS TANAKH: The Jewish Bible, audio version, is a recorded version of the JPS TANAKH, the most widely read English translation of the Hebrew, or Jewish, Bible. Produced and recorded for The Jewish Publication Society (JPS) by The Jewish Braille Institute (JBI), this complete, unabridged audio version of the Five Megilloth and Jonah features over two hours of readings by six narrators.These short books of the Bible, each read in connection with a Jewish holy day, constitute a literature unto themselves - a poetic, spiritual, and literary treasure. The recordings in this series include readings of The Song of Songs, Ruth, Lamentations, Ecclesiastes, Esther, and Jonah.