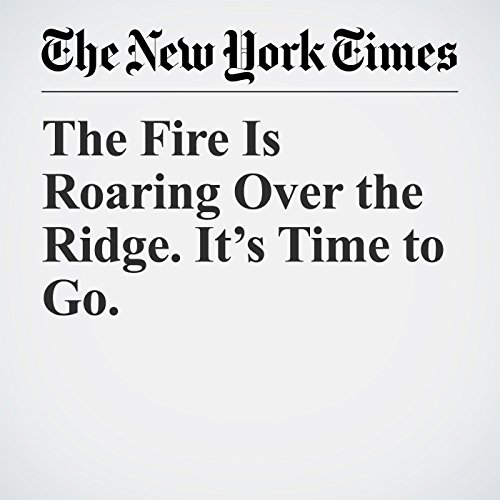 Blaring car horns warned of the rushing wildfires in Northern California last week. So did exploding propane tanks and police megaphones. The smell of smoke was a sign of what loomed on the horizon. Frantic banging on the door by neighbors was an indication that the fire was dangerously close.

"The Fire Is Roaring Over the Ridge. It’s Time to Go." is from the October 14, 2017 U.S. section of The New York Times. It was written by Kirk Johnson and Thomas Fuller and narrated by Keith Sellon-Wright.

Cosa pensano gli ascoltatori di The Fire Is Roaring Over the Ridge. It’s Time to Go.