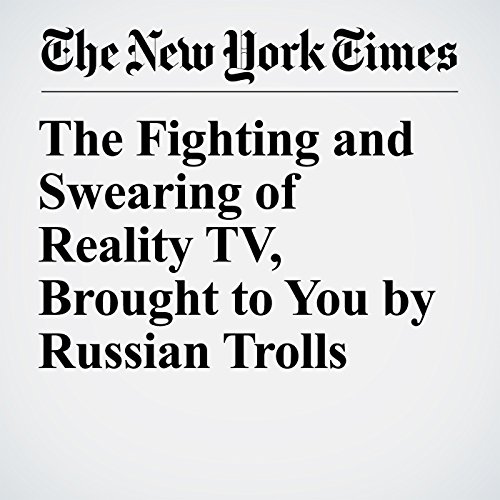 In May 2016, a Facebook page called Heart of Texas urged its nearly 254,000 followers to rise up against what it considered to be an urgent cultural menace. A mosque in Houston had opened up a new library, and Heart of Texas planned to protest. “Stop Islamization of Texas,” it warned. By now you might be able to guess the punch line here. Heart of Texas wasn’t a real group, as Business Insider later reported.

"The Fighting and Swearing of Reality TV, Brought to You by Russian Trolls" is from the November 08, 2017 Technology section of The New York Times. It was written by Farhad Manjoo and narrated by Kristi Burns.

Cosa pensano gli ascoltatori di The Fighting and Swearing of Reality TV, Brought to You by Russian Trolls