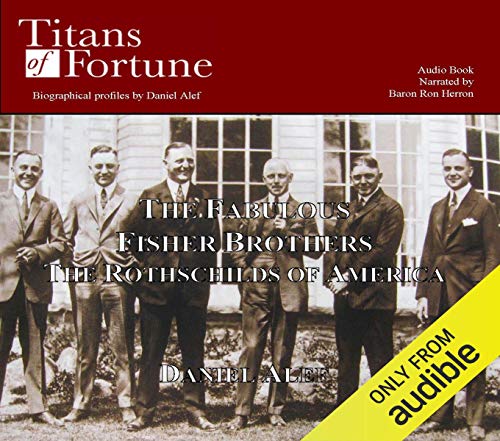 Several prominent brother teams pioneered the American automobile industry: Horace and John Dodge, Charles and Frank Duryea, Francis and Freelan Stanley, five Studebaker brothers and James and William Packard. However, the seven burly Fisher brothers were not only the most numerous of all the families, each one extensively involved in developing the famous "Body by Fisher" brand and subsequently General Motors; they were also among the most successful of the automobile titans.

They amassed great wealth during their extensive careers and even more so following their retirement from the automobile industry. They were so wealthy that it is rumored they lost $3 billion in the 1929 stock market crash, yet managed to salvage $500 million from the economic carnage. The Fisher story is one of brotherhood; a close-knit family whose vision, perseverance, determination and commitment to quality made it fabulously wealthy.