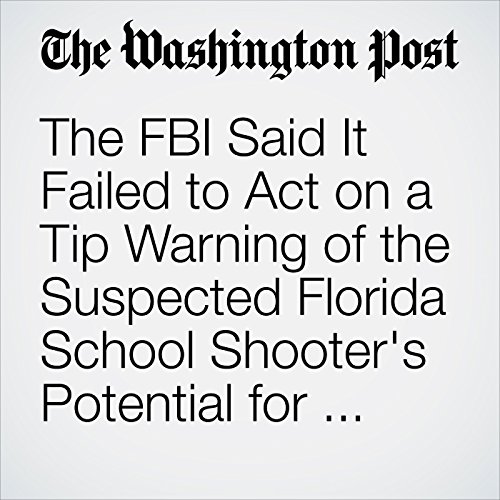 The FBI said Friday that more than a month before the shooting rampage at a South Florida high school, the bureau received a warning that the 19-year-old charged in the massacre might carry out an attack at a school — but then investigators failed to act on it.

"The FBI Said It Failed to Act on a Tip Warning of the Suspected Florida School Shooter's Potential for Violence" is from the February 16, 2018 National section of The Washington Post. It was written by Mark Berman, Matt Zapotosky and narrated by Jenny Hoops.