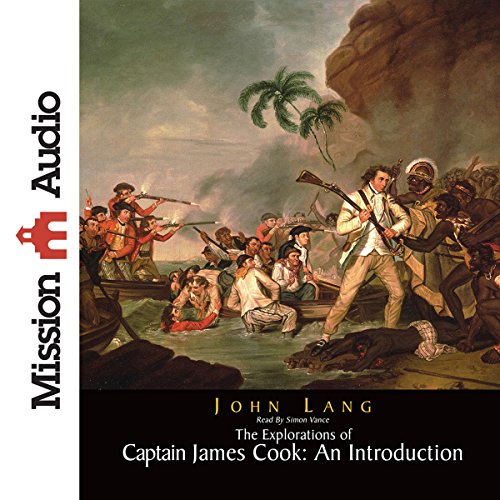 Captain James Cook FRS RN (1728-1779) was an English explorer, navigator, and cartographer, ultimately rising to the rank of Captain in the Royal Navy. Cook was the first to map Newfoundland prior to making three voyages to the Pacific Ocean during which he achieved the first European contact with the eastern coastline of Australia and the Hawaiian Islands as well as the first recorded circumnavigation of New Zealand.

This audio edition includes the full text of John Lang's biography, plus additional material from Captain Cook's journals, giving a unique personal perspective on the narrative.

I read the Explorations of Captain Cook. I felt that I may have missed some things and I wasn't sure I'd finished reading it. I purchased this audiobook to help me complete the story. It falls quite flat. All of the fascinating stories of people's behavior and cultural observations were lacking in this book. I did not find it all that intriguing.

Swash Without the Buckle

A quick primer on Captain Cook and his life. It was good summary without any fluff, but omits adult personal life, so we don't see Cook, the man. Not much dialog, except for the occasional quote from his diaries. It's like reading a Forester "Hornblower" book without the swashbuckle. Simple solution worked for me.