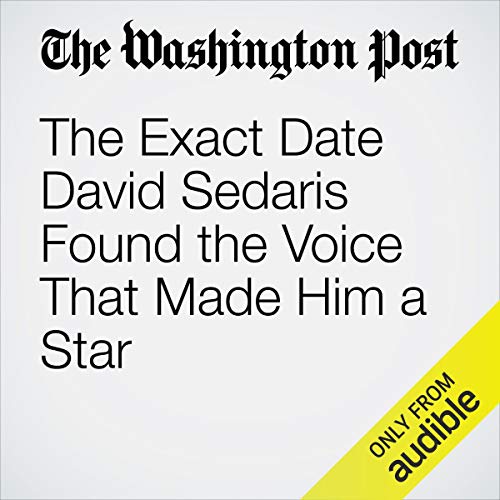 David Sedaris has spent decades mining his life for nuggets he can polish and sell: the time he was a department store elf, going to the dentist in Paris, his time in a nudist trailer park. His essays tend to meander over a true-ish story from his life, with characters a bit more eccentric than the people you tend to meet in your life, like the taxidermist with the mummified human arm or his neighbor who dyed her teenage daughter’s hair gray in order to keep being the pretty one.

"The Exact Date David Sedaris Found the Voice That Made Him a Star" is from the June 20, 2017 Books section of The Washington Post. It was written by Rachel Manteuffel  and narrated by Sam Scholl.