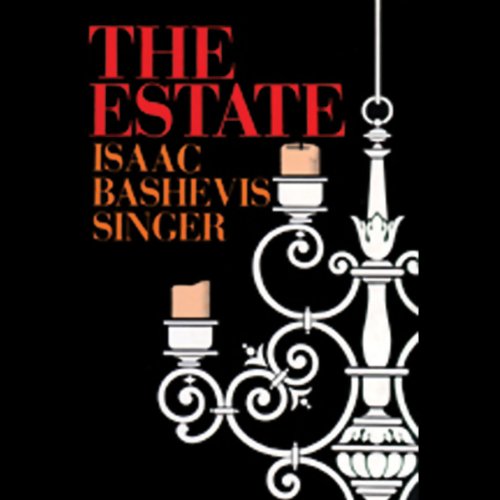 This sequel to and the conclusion of The Manor continues the portrayal of a period the author describes as the epoch between the Polish insurrection of 1863 and the end of the nineteenth century when the Jews began to play an important role in Polish industry, commerce, the arts and sciences. All the spiritual and intellectual ideas that triumphed in the modern era had their roots in the world of that time. The human condition, in a particular time and place - man's estate - is the theme of this major novel. As one character says, "It's not child's play to be born, to marry, to bring forth generations, to grow old, to die."
©1969 by Isaac Bashevis Singer (P)1995 by Blackstone Audiobooks

I've been a member of Audible for years, and have never heard a recording whose quality was so poor as this one. It sounded as if it was recorded over the phone. I double-checked to make sure that there wasn't another version I had overlooked, but apparently this is a very old recording, and it sounds it. That problem, along with a not-very-good narration, really detract from this wonderful Singer story.

This may be one book you need to read and not listen to. It's too bad because there is very little of Singer available as an audiobook, and I was really looking forward to listening to this. The recording is from Blackstone Audio, who usually do a very good job. This reading was not their finest hour.