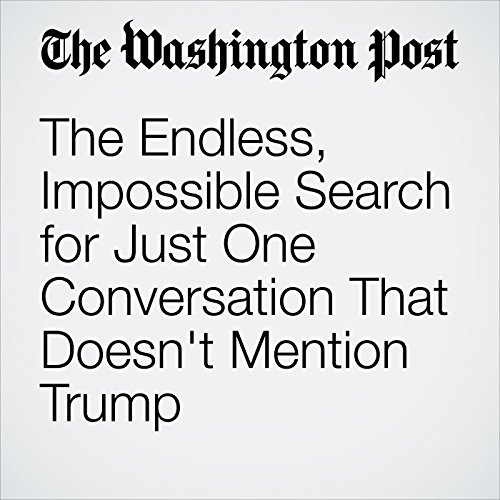 We have good reason to be Trumped-out. It’s been nearly 800 days since the real-estate mogul, hotelier and reality-show star announced his bid for the presidency. (Shah: “Oh my God, seriously? That long?”) It’s been months of side-choosing. Months of waking up with a jerk in the dark hours of the morning to three different Apple News alerts that the universe is burning.

"The Endless, Impossible Search for Just One Conversation That Doesn't Mention Trump" is from the August 09, 2017 Style section of The Washington Post. It was written by Lavanya Ramanathan and narrated by Sam Scholl.