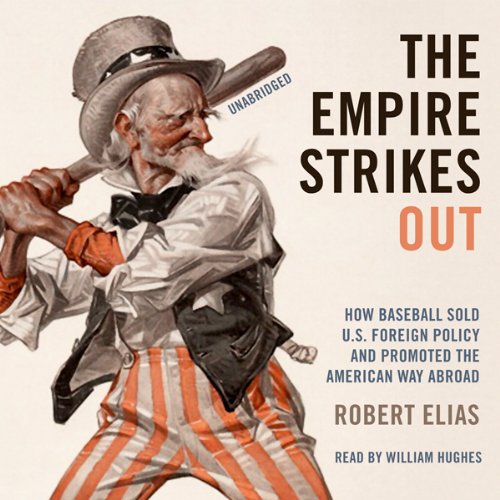 “It’s our game…America’s game: it has the snap, go, fling of the American atmosphere—belongs as much to our institutions, fits into them as significantly as our Constitution’s laws, [and] is just as important in the sum total of our historic life.”—Walt Whitman on baseball.

Is the face of American baseball throughout the world that of goodwill ambassador or ugly American? Has baseball crafted its own image or instead been at the mercy of broader forces shaping our society and the globe? The Empire Strikes Out gives us the sweeping story of how baseball and America are intertwined in the export of “the American way.”

From the Civil War to George W. Bush and the Iraq War, we see baseball’s role in developing the American empire, first at home and then beyond our shores. And from Albert Spalding and baseball’s first World Tour to Bud Selig and the World Baseball Classic, we witness the globalization of America’s national pastime and baseball’s role in spreading the American dream. Besides describing baseball’s frequent and often surprising connections to America’s presence around the world, Elias assesses the effects of this relationship both on our foreign policies and on the sport itself and asks whether baseball can play a positive role or only reinforce America’s dominance around the globe. Like Franklin Foer in How Soccer Explains the World, Elias is driven by compelling stories, unusual events, and unique individuals. His seamless integration of original research and compelling analysis makes this a baseball book that’s about more than just sports.

“ The Empire Strikes Out is a rare and wonderful combination of splendid scholarship and lively writing…A truly fine work. Highly recommended.” (Roger Kahn, author of The Boys of Summer)
“The wealth of neat gems [in The Empire Strikes Out] provide a fresh perspective from many unique angles.” ( Sporting News)
“Refreshing stuff….exceptionally ambitious.” (Bill Littlefield, host of Only a Game, WBUR Public Radio, Boston)