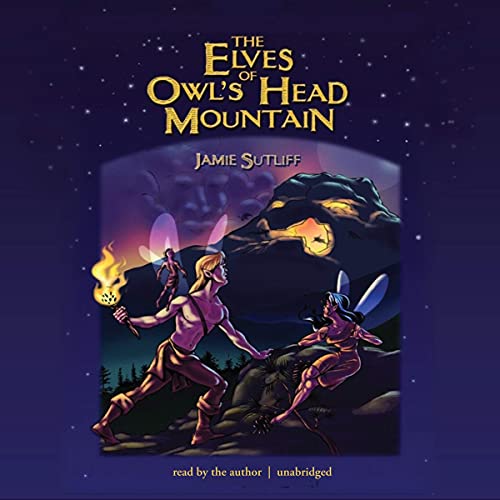 The Elves of Owl's Head Mountain

The Elves of Owl's Head Mountain is a young adult fantasy novel based on Native American magical beliefs and characters. Native Americans believed in elves, witches, wizards (shamans), wind-walkers, and changelings. They believed these magical beings "walked the wind" into other dimensions.

The Elves of Owl’s Head Mountain is about a boy living in the Adirondack Mountains who is summoned by a shaman into the magical dimension, where he shares adventures with the elves and wizards of that world.

Jamie Sutliff has turned a number of his stories into award-winning screenplays, including The Devil Wind, which won a Laurel Leaf for best screenplay at Hollywood's Independent Film Festival; Yah-Ko, which won the Silver Award at the International Independent Film Awards; and Antidote Man, a semifinalist at the Hollywood Circus Road Film Festival.

©Jamie Sutliff (P)2011 Cold River Publications Studios
Letteratura e narrativa Fantasy e magia
Mostra di più Mostra meno
"This is a great kid’s book packed with fun, fantastic characters, and plenty of action. Readers of all ages will take this story to heart." (Elizabeth Folwell, author of  Short Carries)
"An ambitious tale reminiscent of Tolkien - they’ll be asking for a sequel, and I look forward to reading it!" (Hallie E. Bond, author of  A Paradise for Boys and Girls)
"An enchanted land of wizards, pixies, sorcerers, and shape-shifting creatures. Young readers will be as drawn to it as Mitchell is to the Land of Souls." (Patricia L. Maddock, editor,  Lake George Arts Project Literary Review)