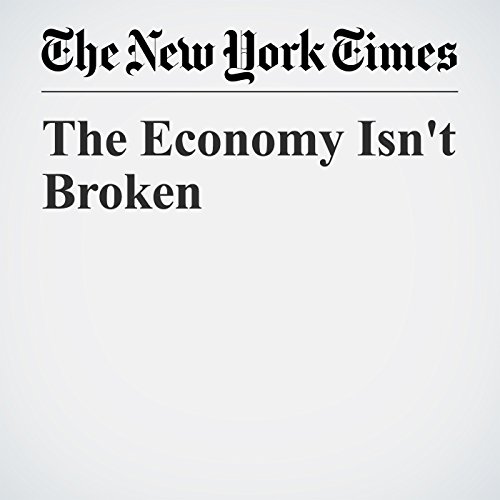 Middle-class wage stagnation is the biggest economic fact driving American politics. Over the past many years, so the common argument goes, capitalism has developed structural flaws. Economic gains are not being shared fairly with the middle class. Wages have become decoupled from productivity. Even when the economy grows, everything goes to the rich.

"The Economy Isn't Broken" is from the September 14, 2017 Opinion section of The New York Times. It was written by David Brooks and narrated by Barbara Benjamin-Creel.