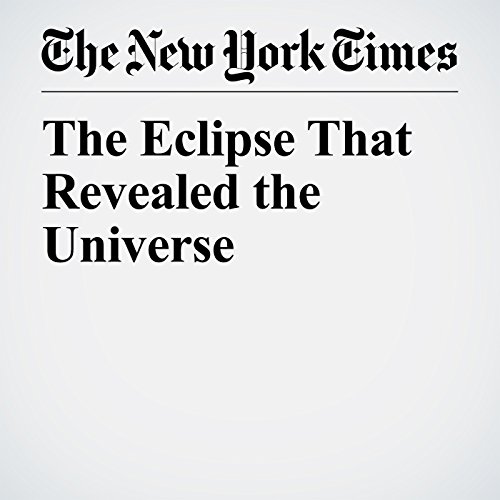 So this is what it is like to play cosmic pinball. The worlds move, and sometimes they line up. Then you find yourself staring up the tube of blackness that is the moon’s shadow, a sudden hole in the sky during a total solar eclipse.

"The Eclipse That Revealed the Universe" is from the July 31, 2017 Science section of The New York Times. It was written by Dennis Overbye and narrated by Keith Sellon-Wright.