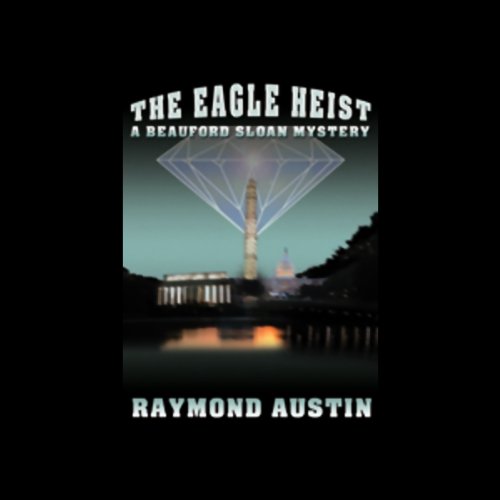 Renowned screenwriter and television director Raymond Austin introduces Beauford Sloan to the world of crime fiction in the author's exciting debut. An ex-cop turned P.I., Sloan investigates the mysterious theft of an armored truck full of diamonds and the death of an Eagle Security guard. Set in Washington, DC, the case takes the cunning Beauford to Morocco and finally to Spain, where he makes the shocking discovery of the mastermind behind the Eagle heist.

An Eagle Security armored truck carrying sixteen million dollars worth of diamonds and three million in cash disappears in Washington, DC. The only clue the police and FBI have is the distress call from the crew of Eagle Eleven as it was under attack.

Days later, the harpoon-impaled body of one of the guards floats to the banks of the Potomac River. But the body's discovery doesn't put the authorities any closer to finding the diamonds, the money, or the killers of Eagle's guards.

Six months later, with the case gone cold, ex-Virginia cop turned private investigator Beauford Sloan leaves the serenity of his Blue Ridge Mountain ranch and takes the case, on the request of the dead guard's mother. She wants her son's killers brought to justice. Eagle Security's insurance company wants the diamonds and money recovered, and the police and FBI want to close the case. Beauford Sloan sets out on a trail of clues where death seems to follow his every step.

"Everything about the novel is remarkably likable; perhaps because he spent decades in the world of moving pictures, Austin knows how to create detailed characters, dialogue that is both memorable and realistic, and an exciting plot. An excellent debut and a real find." (Booklist)

I enjoyed the first part of the book getting to know Beauford Sloan and his friends and the build-up of suspense. There is a lot of action. However, after a certain point, the plot became transparent and the villain not hard to guess, almost by the process of elimination. It is written like a TV movie, which perhaps it will become, with lots of action, but in the end, I was disappointed. The police and FBI are not so dumb as they were made out. The actor look-alike Wilford Brimley is overdone. The narrator is good; no complaints. If, like me, you never heard of Ray Austin, it won't spoil the book if you look him up on the wikipedia.

This book read like it was written byan amateur. A lot of extranious language that had very little meaning to the story. When reading a bookk , especally one of adventure and intrigue, I have no time to listen trivial talk. Will think twice before I listen to Mr. Austin.

Heist Gets a Three by a Nose

If a book is to be judged to be a good one, several factors should be in place: the plot, characterizations (both third person as well first person), believability (yes, even in a fantasy book (or should that be especially?), and narration. In the case of talking books, the quality of the reader becomes, perhaps, the most significant quality -- especially when a book is badly read. In addition, there is an element of comfort that ensures us that the 'style' of writing at the book's beginning will traverse throughout its page to book's end without detours, orthogonal journeys, or choppiness. As an example of believability?s importance in fantasy, we enjoyed Star Wars because, first of all, it was believable. In other words, one could 'believe' that the actors and action on the screen COULD be portraying reality.

OK - having said that, what about The Eagle Heist? All of the required elements are present in the book, but, unfortunately, they are primarily in anecdotal form rather than ubiquitous throughout the book. If I have to stop reading a book because I don?t know why something is happening or why so-and-so uttered a specific phrase are the kind of things that affect my comfort zone? I think a three rating may be a bit generous, but hey, it?s almost Valentine?s Day.