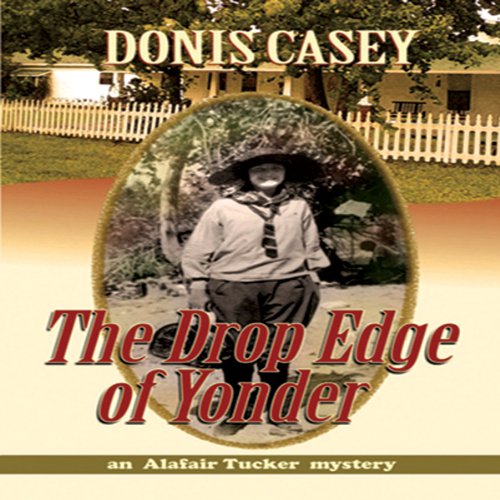 One August evening in 1914, a bushwhacker ends a pleasant outing by blowing a hole in Bill McBride, kidnapping and ravaging Bill's fiancée, and wounding Alafair Tucker's daughter, Mary. All Mary knows is that the crime had something to do with the Fourth of July.

Or is there more? Trauma has locked away Mary's memory of the event, but the answer seems to be working its way through the fog of her shock and grief and floating to the surface of her consciousness. Meanwhile, several malicious acts suggest that Bill's killer is still around and attempting to cover his tracks.

The law is hot on the bushwhacker's trail. Alafair is doing her best to help the sheriff and has no qualms about driving Mary to distraction with her persistent snooping and constant hovering. Can Mary remember the crime before the murderer eliminates everyone who could identify him?

©2007 Donis A. Casey (P)2007 Blackstone Audio Inc.
"Casey lovingly portrays the Tuckers' close extended family, immersing the reader in both the domestic aspects and the harsh realities of everyday farm life." (Booklist)
"Casey's mellow third Alafair Tucker whodunit is as laid back as its 1914 Oklahoma setting....Casey gives convincing voice to the early Midwest much as Sharyn McCrumb does for her Appalachians." (Publishers Weekly)

The Best in the Series So Far!

I loved this story of 1914 farm life set in the heat of August in Oklahoma. All in all it was a compelling mystery and most importantly, solid and believable. There was enough spookiness, danger, and uncertainty to keep me guessing. That said-- what I loved the best about the book was the slice of family life wrapped up in the telling of the mystery. I find the daily lives of these people fascinating. The translation of old terms used in the book and the recipes at the end of the story really added charm and texture to the listening experience. As always Pam Ward did a perfect job of narration. A recommended pleasure!

The third in the Alafair Tucker series is just as good as the first two. The story finds Bill McBride murdered, Mary Tucker wounded . . . and Laura Ross (Bill's fiancee) clean out of her mind (on the drop edge of yonder) . . . and being protectively hidden away, led around and cared for by her family following the murder . . . much of the tale focuses on the hunt for Bill's murderer, but as always, the day to day farm life and happenings of Alafair and Shaw and their twelve children are artfully detailed with perfect humor and southern charm; I love the country wisdom, the scenes of a myriad of kids taking bathes in wash tubs in the kitchen, one after the other, and the older kids nurturing the younger ones . . . and Phoebe, now married, living nearby, has her first baby, making Shaw and Alafair grandparents . . . wonderful series of life in Oklahoma just after the turn of the century . . .