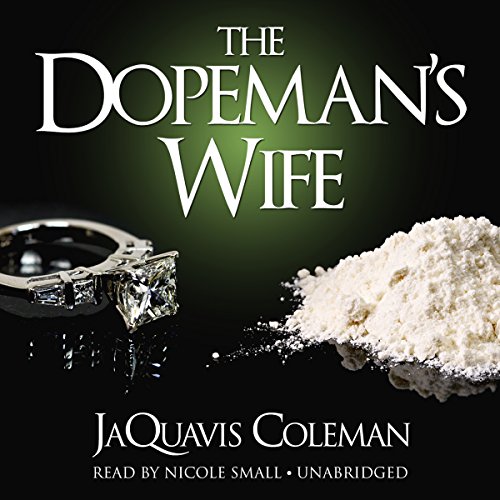 Once the streets pull you in, they own you. Or at least that's the way it's been for Nautica. Growing up in the hood, all she's ever known is the fast life - fast money illicitly made through scandals and relentless scheming. But when a big scam nearly finishes her off, she decides she wants more out of life than the hustle and tries to make a new life for herself on the East Coast. It isn't long, though, before she falls in with Manny, a drug kingpin who sweeps her off her feet. He promises to marry her and make her "Queen of the Street". Then everything falls apart. As their relationship unravels, both of their dark secrets are uncovered, pitting them against each other in this exciting tale of love and deception.

This book is horrid. I wish I was a better writer so I could correctly articulate just how bad this is.

Sophomoric writing, using every cheap writing trick in such a heavy handed way they are all obvious.

I did finish the entire story, only because I despised the characters and story so much I had to make sure they all died.

I am amazed that people have given this author positive reviews. It Baffles me, and makes me leery of buying other books based on reviews. I can only guess it is the agent and family.

DEPRESSING. What a F:@&$ Up Ending

I love anything Nicole Small reads and that's why I bought the book, Normally I like Jaquavis books but damn this shit made me miserable from beginning to end. FYI readers would keep the books forever if there is a happy ending. Why couldn't she have been honest then he gets out of the game and they have a couple of kids named Mimi and Keya. I would never listen to this a second time and for that reason I must return it. Who wants to listen to 9 hours four a messed up ending.I'm just saying happy endings are preferred

No character development...i'm tired of everybody dying in your books! Disappointed is an understatement!! Give your readers more!! We're spending our hard earned money... Tired of the same stories!! Just keeping it💯because I'm a fan

The book was really good. It would be nice to have multiple people read the parts. Maybe a male for the male parts and female for the female sections. It's kind of hard to imagine or put yourself in the book when the characters sound the same.

My review about to have so spoiler's like man I'm glad Nautica or whatever how you spell her name.IDC but I'm was wishing for her to die lmao. But its crazy how much i wanted Tical to live but in the end he got killed! Smh I liked that dude. Good book though .

This book should’ve been called the wife of an extortionist. Or something like that. These stories are starting to sound the same. And I really the authors, but I need new please!

Started Off Good, But The Ending Was Stupid

This book was ridiculous. It started off really good but, the last six chapters just ruined the entire book. Most of the mistakes Nautica made were just stupid. Someone as hood and street as she was would NEVER bring a stranger back to her hotel room and leave a bag full of money alone with said stranger. Hood folks don’t make those kind of amateur mistakes. When Decal finally saw the tape, he said Nautica shot Zion. Ummmmm, Kia shot Zion. So, the author can’t remember what he wrote?!!! When Loon started blackmailing Nautica, she should’ve started scheming on how to get rid of his azz. Again, that’s how real folks from the street operate. If the other two books in the series are as corny as this one, I’ll pass thank you very much.

horrible book, do not waste your time on this

I cannot believe I bought this book. It was so hard to listen to and I can't even get good recommendations

This book had me emotional overload!! Like I seriously need a nap and some chocolate or something. I have listened to several books from these authors so I know that happy ending are RARE for them.. But THIS ending! WHYYYYYYY?? Why couldn't this just be the ONE TIME that everyone didn't parish?? Although I am shaking my head at the conclusion, the book did hold my attention from beginning to end. And if you don't mind being completely like WTH in the end, I would recommend that you listen.