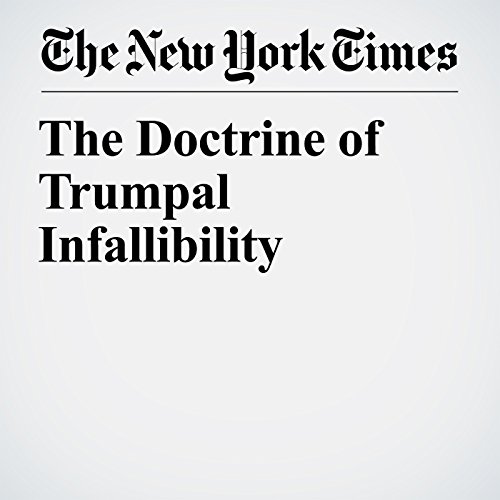 Last week John Kelly, the White House chief of staff, tried to defend President Donald Trump against charges that he was grossly insensitive to the widow of a U.S. soldier killed in action. In the process, Kelly accused Frederica Wilson, the member of Congress and friend of the soldier’s family who reported what Trump had said, of having behaved badly previously during the dedication of an FBI building.

"The Doctrine of Trumpal Infallibility" is from the October 23, 2017 Opinion section of The New York Times. It was written by Paul Krugman and narrated by Keith Sellon-Wright.