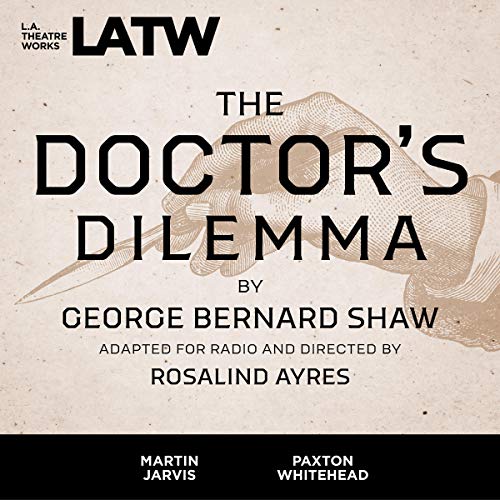 The blowhards, the know-it-alls, the scrupulous and the impecunious are all targets for Shaw's incisive wit in his classic satire of the medical profession. A well-respected physician is forced to choose whom he shall save: a bumbling friend or the ne'er-do-well husband of the woman he loves.

Includes a conversation with Dr. Neil Wenger, the Director of the Healthcare Ethics Center at the University of California, Los Angeles.

Recorded before a live audience at the Skirball Cultural Center, Los Angeles in December 1998.

Adapted for Radio and Directed by: Rosalind Ayres

Well written and well performed. If you appreciate irony and subtle humor, this is top shelf.