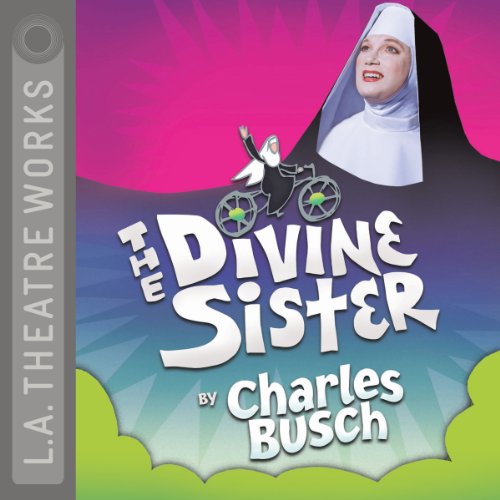 A crumbling convent school is on the verge of insolvency, when a young postulant begins to display strange heavenly powers. And when a dashing film executive arrives to buy the rights to her story, the Reverend Mother refuses to put profits over prayer. Playwright Charles Busch made his name with genre-skewering hits like Psycho Beach Party, Die Mommie Die, and The Tale of the Allergist's Wife, which L.A. Theatre Works recorded in 2007. This time around, we present Busch's high-voltage spoof of religious melodramas, starring three of the principal players from its original 2010 Off-Broadway run.

Directed by Carl Andress. Recorded by L.A. Theatre Works before a live audience.

What made the experience of listening to The Divine Sister the most enjoyable?

The cast was amazing reading the Charles Busch play as if they wrote the lines themselves.

What other book might you compare The Divine Sister to and why?

Judith of Bethulia, Whores of Lost Atlantis and anything Charles Busch.
Because Busch's ability to retell a story from the contemporary point of view, and make you feel its Bette Davis narrating it cigarette in one hand and a drink in another one.

The big reveal, no spoiler here but the coughing scene between the lead Nun and her new benefactor.

Yes, then start all over again as my default 'music; while I head for the office.

Someone should ask the South Park guys to buy it and make it into a musical like The Book of Mormon. Starring Chita Rivera, or Nathan Lane as the Nun in question.