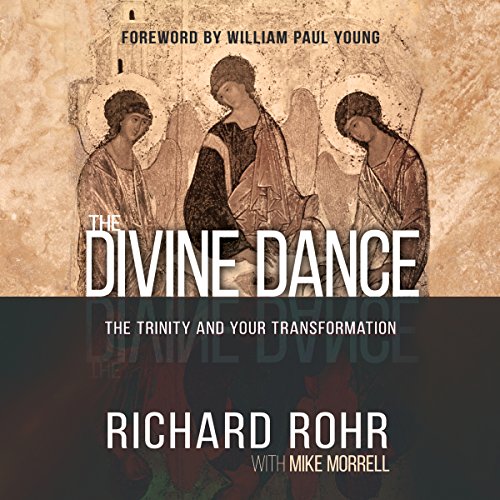 The Trinity is supposed to be the central doctrine grounding Christianity, yet we're often told that we shouldn't attempt to understand it because it's a mystery. But what if we breached that mystery? How might it transform our relationship with God?

Although the word trinity isn't found in the New Testament - it wasn't until the third century that it was coined - the idea of the Father, Son, and Holy Spirit was present in Jesus' life and teachings. In this book, internationally recognized teacher Richard Rohr circles around this paradoxical idea - and circling around is an apt metaphor: Early Christians applied the Greek verb for dance to the mystery of the Trinity, saying whatever is going on in God is a flow - it's like a dance.

An inviting approach to enliven faith

I found this a very worthwhile listen. The narrator's voice complimented the topic. I would like to explore the Franciscan way more as a way to deepen my faith because of this book. I like the blend of the mystical exploration and the scientific inclusion.

This book has open my heart, and started me on a journey of hope and exploring

As always, Richard Four presents his interpretation of Christianity with conviction, and it is refreshing to find alternatives to the tired old church dogmas.

worth reading twice....but the narrator is a bit dull and throws me back to high school times and falling asleep on my desk

The Divine Dance opened my eyes

This is an amazing book. Drop expectations and previous programming and be ready to have a new revelation. Rather than take away, it enhances our belief and love of God and creation as an everflowing river of love through the Holy Trinity. Thank you Mr. Rohr. The reader is calm and inspiring.

A very enjoyable listen. Would highly recommend to anyone who wishes to gain a better understanding of the Trinity and our Faith in general.

Richard Rohr has mastered the art of describing the mystery of the trinity and our ordained ability to connect with Yahweh in such beautiful words that excite the soul. I love his use of science and history to place our present moments in context.