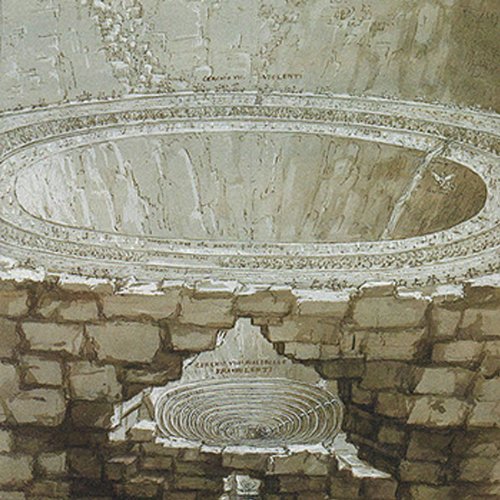 The most famous of the three canticles that compose The Divine Comedy, "Inferno" describes Dante's descent into Hell midway through his life, with Virgil as a guide. As he descends through nine concentric circles of increasingly agonizing torture, Dante encounters doomed souls that include the pagan Aeneas, the liar Odysseus, the suicidal Cleopatra, and his own political enemies, damned for their deceit.

Led by leering demons, Dante must ultimately journey with Virgil to the deepest level of all - for it is only by encountering Satan himself, in the heart of Hell, that he can truly understand the tragedy of sin.

This version of the classic poem is the translation by Henry Wadsworth Longfellow, the poem's first American translator.

This one needs a companion book

I haven’t read Inferno since high school and I vaguely remember the political nature of the text. The description of Hell and it’s inhabitants is difficult to understand without the knowledge of each character and their relationship to the time period. Many of the people doomed to torture in the various levels are there because of transgressions that make little sense in our time. It would be wise to study Wikipedia before delving into the 9 levels of 14th century Italian politics.

I keep returning to this translation. For years, I found it impenetrable and would give up. At last, I have the life experience and patience to simply savor it. Moderns may find Longfellow’s Dante infuriating. This is not Rod McKuen. Put it aside until you know something. You may surprise yourself after a few years. Listen to Schutt’s college course. Educate yourself on Dante the man, his politics, and his time. Then return for a magnificent experience.

Very easy to get through. An absolute joy to listen too from beginning to end. It's easy to forget there's comedy in the Inferno!

although the story by Dante was a brilliant peice of fiction I couldn't help but feel pulled away slightly by the almost cartoonish narrorator, he was not at all terrible but for a story of this genre and time I would say it pulled from the initial feel for me a bit. personal opinion

It's definitely an old work.

It is a classic, though the writing style can be a bit obtuse and complicated to understand.

A story of such stature one read is not enough.

The Narator was wonderful. He changed his voice for each character which disentangle the speakers from one another.

A novel that should be mandatory reading for all who wishes to to enlighten themselves.

I personally love this book