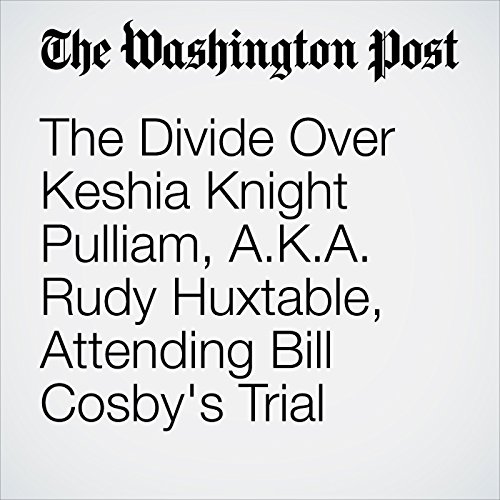 Rudy Huxtable, played by the actress Keshia Knight Pulliam, was one of the most popular cast members on “The Cosby Show.” As the youngest daughter in the house, starting at age 5 in 1984, she was wide-eyed, innocent, spirited and got the most attention from her parents, Cliff and Clair.

"The Divide Over Keshia Knight Pulliam, A.K.A. Rudy Huxtable, Attending Bill Cosby's Trial" is from the June 06, 2017 Morning Mix section of The Washington Post. It was written by Amber Ferguson and narrated by Sam Scholl.