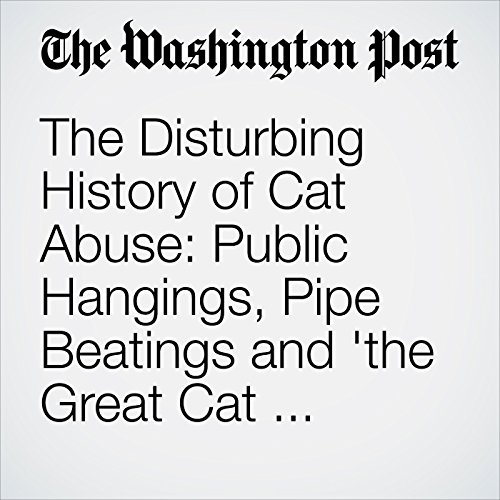 The recent DNA study making headlines about the “worldwide conquest” of cats — a migration that included cruising on Viking ships, probably without an all-inclusive drinks package — was exhaustive and fascinating, but ultimately insulting to cats.

"The Disturbing History of Cat Abuse: Public Hangings, Pipe Beatings and 'the Great Cat Massacre'" is from the June 23, 2017 Retropolis section of The Washington Post. It was written by Michael S. Rosenwald  and narrated by Jenny Hoops.