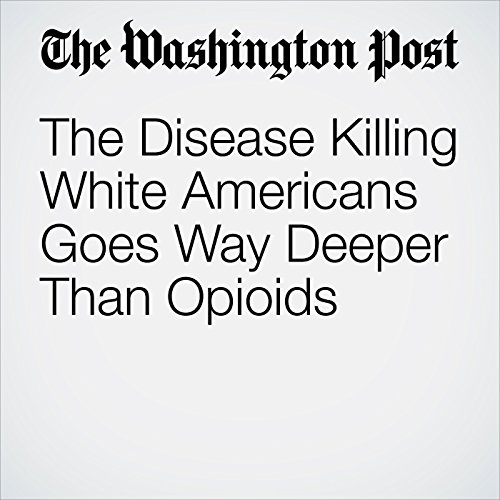 An increase in suicide, drug addiction and alcoholism is driving up middle-aged death rates, but new research suggests those “diseases of despair” are symptoms of a greater malaise — one that’s even harder to fix.

"The Disease Killing White Americans Goes Way Deeper Than Opioids" is from the March 24, 2017 National section of The Washington Post. It was written by Jeff Guo and narrated by Sam Scholl.