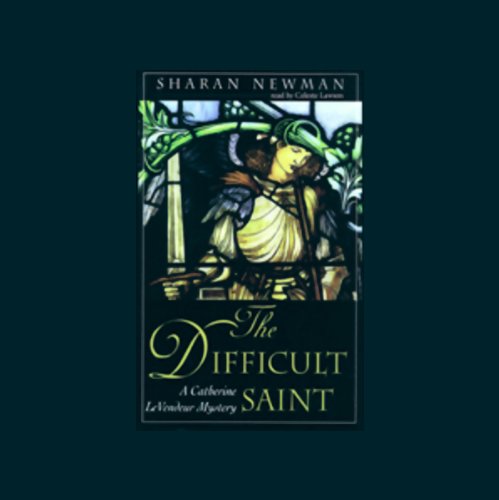 Catherine, wife of one-handed Edgar, daughter of a Jewish merchant, and mother of two small children, is a Christian convert. Agnes, her estranged sister, has returned to Paris with the news that she is to marry a German lord. She wants no part of her Jewish family, except the sizable dowry her father can provide.

After Agnes departs for Germany, her family receives terrible news: Agnes's husband has been murdered by poison, and Agnes herself is the prime suspect. Catherine, putting their differences aside, goes undercover in the dangerous anti-Semitic climate of 12th century Germany to save her sister's life and possibly lose her own in the effort.

Not The World's Greatest Historical Fiction

There are two problems with this book: the writing and the reading are both pedestrian. A talented reader might have given more life to the generally uninspiring text, but the bottom line is that, while the idea behind the book is not a bad one, Sharan Newman lacks the technical writing expertise to raise this beyond the ordinary. The characters all too often sound as if they were transplanted into the 12th century from the present, and the attempts to bring the medieval world to life are fairly wooden. While the killer remains evasive the plot line is fairly predictable. Names like "Edgar of Wedderly" and the super-intelligent heroine make the book seem one step above a Mills & Boon romance. (It's not quite a bodice-ripper) The reader should have made a greater effort to pronounce what Hebrew terms are used correctly, and she doesn't really make any attempt to make the voices of the various characters differ from one another. Compared with the Cadfael books, read by Stephen Thorne, and Laurie King's "Mary Russell/Sherlock Holmes" series (not in audio AFAIK), this is pretty poor stuff.

While I enjoyed this book it moved more slowly than other books l have read by this author. The multiple viewpoint characters definitely contributed to the slow advancement of the story.

I love this wonderful series. I really wish audible had more than just the two books available to listen to!