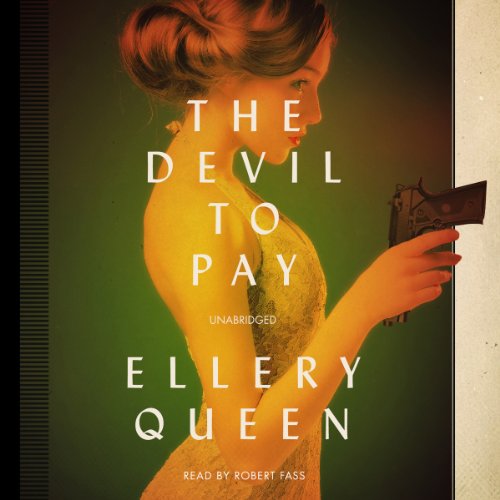 The Devil to Pay

When Hollywood bigwig Solly Spaeth is murdered, thousands cheer. He is a most popular corpse, for Solly's stock manipulations have ruined many, including his partner. A cut-and-dried case - or so it appears. Enter master detective Ellery Queen, whose embarrassing questions uncover a maze of conflicting alibis and motives, and ultimately reveal a deadly face lurking beneath the glittering mask of Tinseltown.
©2013 Ellery Queen (P)2013 Blackstone Audiobooks

again.... no consideration when it comes to the na

this was a pretty good novel, and a good storyline... Considering Ellery Queen gets to go incognito... But they been assigned a horrible whiny narrator to read this book

In classic Ellery style, the sleuth goes incognito to investigate a murder where everyone lies. It us a fun stroll down a curvaceous lane.

Loved it. nicely paced. Kept me guessing almost to the end. I would recommend it.