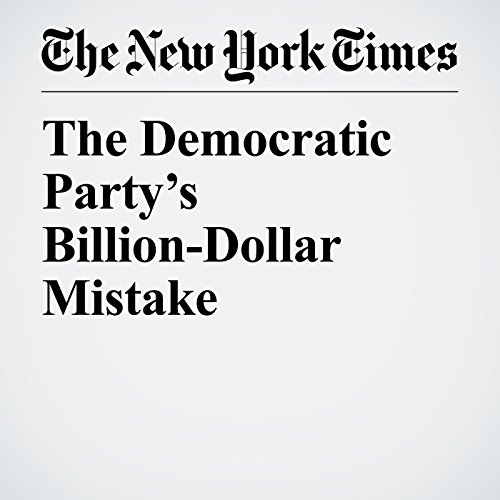 The Democratic Party is at risk of repeating the billion-dollar blunder that helped create its devastating losses of 2016. With its obsessive focus on wooing voters who supported Donald Trump, it is neglecting the cornerstone of its coalition and failing to take the steps necessary to win back the House of Representatives and state houses in 2018.

"The Democratic Party’s Billion-Dollar Mistake" is from the July 19, 2017 Opinion section of The New York Times. It was written by Steve Phillips and narrated by Keith Sellon-Wright.