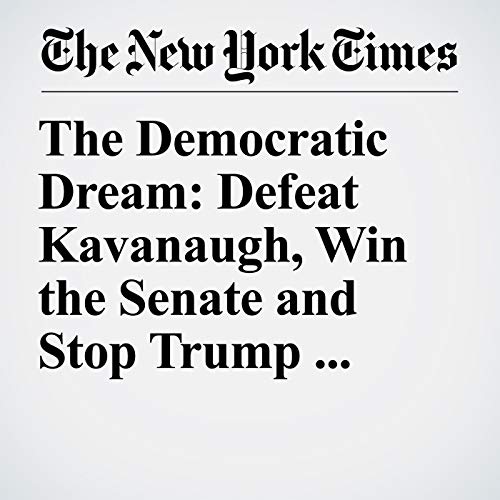 As President Donald Trump fights for confirmation of Judge Brett Kavanaugh to the Supreme Court, the stakes go beyond the fate of this particular conservative nominee. At risk for Trump is his ability to install any more conservatives on the court at all.

"The Democratic Dream: Defeat Kavanaugh, Win the Senate and Stop Trump Supreme Court Picks" is from the September 25, 2018 U.S. section of The New York Times. It was written by Peter Baker and narrated by Kristi Burns.